For the past year we have internally at PC/OpenSystems LLC launched a project called CLOUD9.  The aim of this project was to create an OS that utilized cloud apps in replacement of traditional desktop applications.  Some of those manifested themselves into Xandros Cloud but we wanted to bring that to all of our desktop users.  Some of the efforts were successful (Xandros Cloud Office 365 was our best seller for our education customers and some of our enterprise customers)  But we wanted to make the best Cloud centric OS that we could.

First, we created a Chromium OS build of Freespire (Which I personally liked) The problem with ChromiumOS was that it relied solely on web apps during our focus groups and user testing we found that some users still want to run some traditional desktop apps (Gimp, Krita, Video editing software, music and video players) and while ChromiumOS has Crostini but it is not enabled by default.  The other issue was it was not easy to install.  This was before Google integrated the Neverware installer.

Second, we created an Android build.  Which again I liked.  But it was still too much of a desktop OS and relied on packages being installed from the Google Play Store.

Third, what culminated in Xandros Cloud which was use our traditional base and to pre-install Google or Microsoft's services.  This was the direction we ultimately decided to go and there are a few reasons.

So, we have made several changes to Freespire, Linspire and Xandros.  Linspire and Xandros will now offer cloud apps for the tasks of office suites, calendar, e-mail, and online storage.  What will the new direction offer us?
What can you expect from the new distributions:
Freespire 7.7 will continue to be our free to download and redistribute distribution and will not be distributed with proprietary codecs.  Freespire will include, Chrome and IceSSB.  It will also include Geary mail client, games, Parole media player and Rhythmbox.  It will be delivered sans any Google or Microsoft services and users can decide what services they wish to use by default.
Linspire 10 SP 1.5 will include all of Googles services.  Docs, Gmail, Google Drive, Google Calendar, Google Keep, YouTube, Google Maps and Weather.com.  Local apps will include Chrome, IceSSB, Video Player, Rhythmbox, Games, Shotwell and Krita.  It will include all proprietary multimedia codecs and  DVD/Blu-Ray support.
Xandros OpenDesktop 2021 will come in two flavors.  Standard Edition with all the Google services preinstalled and Office 365 edition which will utilize Microsofts web services.  With the Office 365 edition Bing will also be the default homepage and the default search engine in Google Chrome.  Both will ship with .NET Core, Powershell and Visual Studios Code.  Local apps will include, Chrome, Video Player, Rhythmbox, games, Shotwell and Krita for image editing.  Both editions of Xandros OpenDesktop will also include all the proprietary media codecs and DVD/Blu-Ray support
Xandros OpenServer and Xandros Terminal Services will not be affected by these changes.
We look forward to bringing you these new products and look forward to servicing our customers and users for years to come.
at July 24, 2021

Xandros is Retired; Whats next

In the product update post I put out a few days ago some people noticed a change, and that change was the addition of PC/OS Desktop and PC/... 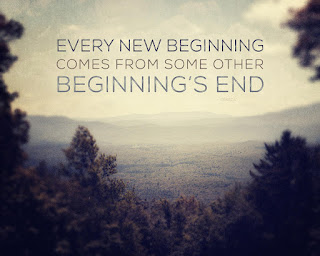